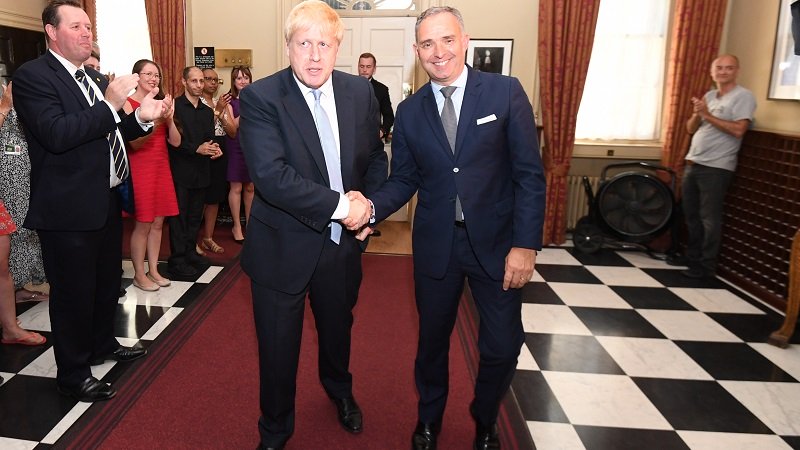 During what can only be described as a tirade against the civil service in 2014, recently uncovered by Civil Service World magazine, Dominic Cummings suggested staff promote themselves rather than serve the public, don't have the skills to take on big problems and inconveniently take time off. He also accused the civil service of failing to address performance concerns, not focusing on important matters and weeding out dissention.

None of these claims are borne out by the evidence of my Is Government Fit for Purpose report for the Public Administration and Constitutional Affairs Select Committee, published last year. My work revealed the reality of a distinctly performance-oriented civil service, devoted to ministers through deeply held beliefs in the efficacy of representative democracy.

In contrast to a well-trodden "right v. wrong" theory of ministers being held back by poorly performing, self-seeking civil servants, my findings suggest the minister and officials are systematically attempting to navigate two contrasting "rights" - urgency versus realism.

The urgency demanded by the minister to have policy executed expeditiously is in keeping with manifesto commitments or promises made at the dispatch box, and this is understandable.

However, civil servants must face up to reality as they navigate the political landscape to deliver policy to greatest effect.

My research shows that when things go wrong it is more to do with ministers not heeding civil servants than the other way around. Foreseeable landscapes are accurately read by staff who, despite sometimes facing hostility from ministers, still do their utmost to provide the best and most appropriate advice.

The most critical contributions to the policy delivery process come from the minister, permanent secretary and civil service team. Further input comes from special advisers like Cummings and departmental boards.

Certain spads disjoint policy delivery more than they pull it together. They harass civil servants in a desperate attempt to realise the minister's goals. Some civil servant comments we collected referred to spads as "the lackey the minister hides behind," or said "ministers with little courage have spads do their dirty work". You get the idea.

These same spads received even more criticism from other ministers who strongly believe in transparent accountability.

Highly valued spads largely display a different tack. They act as the bridge between politician and official, guiding each to better engage with different interests.

Dominic Cummings is right to raise the vexed question of what is needed for more effective policy delivery, and the good governance necessary to improve the department's functioning is currently sporadic at best.

The answer would be for secretaries of state to step down as chairs of their own departments' boards and for professional external chairs be appointed so that, if permanent secretaries and other officials underperform, appropriate measures can be taken.

The greatest concern is of the official experiencing inhibition after being browbeaten by an unreceptive minister and subsequently blamed for the undesired consequences.

Cummings points out that civil servants leave before projects are complete but this is not always for negative reasons.

He also forgets to mention how many civil servants return from external postings outside government enriched by their experience, and that civil servants from both private and third sector backgrounds are in post because of their profound belief in service and sincere respect for the rights of the citizenry. These values of public service run deep.

His remedy of redesigning civil service roles is not supported by our evidence. To change senior leadership in line with successive changes in government would promote transactionalism and deeply undermine core values of the civil service, leaving the secretary of state vulnerable.

The performance concerns highlighted by Cummings are simply the operational challenges faced by any successful enterprise. The need is not one of reconfiguring civil service structures or roles but achieving greater efficiency through improved engagement and alignment between critical policy delivery inputs, which would make improved delivery a much more realistic proposition.