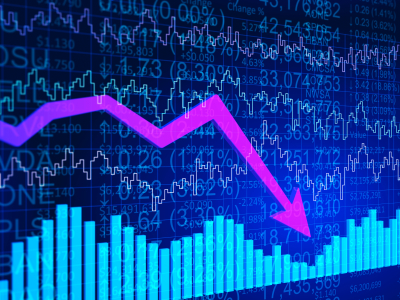 Professor Andrew Kakabadse, academic, author, and specialist adviser to the Public Administration Select Committee, warns that hedge funds are reliant on outdated, automated assumptions that will ultimately prove disastrous for the global economy…

Listening to John Embry, Chief Investment Strategist for Sprott Asset Management, say that “the notional value of the outstanding derivatives is comfortably north of one quadrillion dollars” reinforces a dire economic prediction that will ultimately harm us all.

For the past year we have carried out research analysing hedge funds which use algorithmic trading programs. These machines are increasingly shaping our lives through predictions based on the definition, direction and speed of various financial asset prices. They are also operating within a fantasy realm of non-existent healthy interest rates.

The world’s largest banks have lowered interest rates to virtually nothing, with the Fed in particular operating at 0.25% and with every chance of remaining so until 2014. A decades-old habit of investors obtaining nominal and real risk-free income has been brought to a crashing halt.

It is apparent to most people that real life fundamentals have ceased to play any significant role in trading decisions, and the declining profits of hedge funds are testament to this. One alternative is gold, yet according to John Embry this is no alternative. In his opinion gold should be higher than current prices ranging between $1,400-$1,600.

Our research also indicates that London has over £750 billion available for investment, which pales against the Eurozone’s €2 trillion and Wall Street’s $3.5 trillion. That’s a lot of idle money to worry about. The result is that the markets are left with government treasury notes but in recent times, France, USA, UK, Greece and other countries have all had down rating concerns.

Despite the fact that sovereign risk is not as low as it was, bond yields still lapse into the negative. The way round this has been through derivatives. From a simple buy or sell decision at a set point in the future at a set price, to more leveraged and complex futures contracts, the risk remains the same.

So how do traders structure derivatives when they have always been accustomed to theoretical and financial computer models which don’t encompass extreme and unpredictable market movements? The answer is they take a hit and miss approach. And why do they do this? Because negative interest rates push bankers to search for short-term profitability through the only vehicle they have left - unclear derivative products.

If all of this leaves you worrying about what solutions are left, don’t panic – you’re not alone. We are at least clear on what course of action cannot be taken. No one dare call a default. To do so would spawn a domino collapse of the global financial system.

Investors have learnt to accept haircuts. A negotiated exit is facilitated without bringing the system to a grinding halt. But whose money is being written off? As always taxpayers and pension funds are the victims. Whichever way you look, the middle class are being hit and hit hard.

Andrew Kakabadse worked closely with Nada Kakabadse and Kirril Perchanok to research the latest practise and processes behind hedge funds for this article.