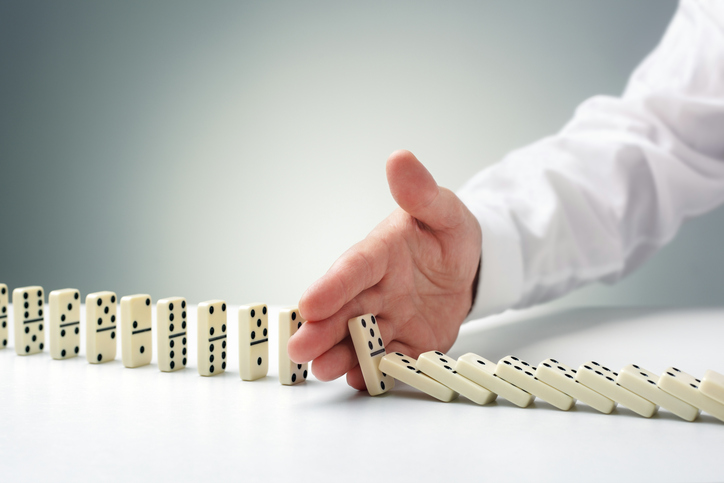 Strong opinions and differing skillsets in the boardroom can result in harmony flying out of the window, says Andrew Kakabadse, Professor of Governance and Leadership at Henley Business School.

Much of our work on boardroom dynamics has studied how a disparate group of individuals can come together and work effectively as a team.

Previous research has identified significant tensions in the boardroom, for example between the chairman and chief executive officer (CEO) ─ 75% of chairman-CEO relationships were found to be dysfunctional in some way; the CEO and chief financial officer (CFO); and between the executive and non-executive members of the board.

The causes of tension are varied. Some tension will be an inevitable result of boardrooms being filled with intelligent, high-achievers. They can, and often do, reach different conclusions and, having done so, may be unwilling to let go of what they consider to be a clearly developed and logically founded perspective.

Furthermore, top managers can hold diverse views on what constitutes competitive advantage. Almost one-third of organisations worldwide find that they cannot agree on this. Some 34% of top teams indicated to him that they had no shared view on mission, vision or strategy, and 66% confessed that there was a known difficult, but critical, issue which top team members felt too uncomfortable to raise.

Boards can become politicised as views become entrenched and teams try to work out their differences. In these circumstances, some board members avoid raising uncomfortable issues for fear of exacerbating already tense situations so, sometimes, a culture of paralysis can emerge.

When conflicts do occur they can fundamentally alter the dynamics of a board in ways from which it may prove difficult to recover. Differences of opinion on organisational purpose, for example, can split the board but, if the governance apparatus fails over such a fundamental issue, the organisation may find itself in serious trouble.

Ignoring difficult issues can have a catastrophic effect, hence it is important to identify the warnings signs and properly understand how tension and conflict can be managed.

How to recognise the warning signs

There is a clear distinction between tension and conflict. Tension is disagreement, which is often uncomfortable but can be resolved by healthy debate. Conflict is regarded as aggressive tension that often escalates to extreme and unresolvable levels. While tension is seen as a positive and necessary force for any effective board, conflict is disruptive and detrimental. As one respondent explains: ‘Conflict is undesirable. Conflict means outright hostility, but tension is good.’

Boardroom conflict manifests itself in a number of different ways: passive aggression, emotional responses, repetition, overtly interrogative questioning and physical behaviours such as leaving the room, slamming doors and even resigning. Tension shows itself as robust debate, open exchange of information, discussion of difficult issues, diverse perspectives, questioning and engagement.

Reasons for conflict and tension

Conflict and tension are most likely to emerge during decision-making, or be linked to people, personality and historical issues, such as changes in board structure. Sometimes, conflict is related to the organisation’s strategic advantage and how it should be differentiated from its peers. In other cases it may relate to people and their recruitment, promotions or remuneration. Such issues are always sensitive and more than typically open to subjective and strongly held opinion. As one chairman notes: ‘People are always the sensitive issues. People, recruitment, promotions, remuneration, those sorts of things are the big issues on the board, and everyone has a different opinion.’

Other people issues include defensiveness on the part of the CEO; a lack of understanding of the role and intent of non-executive directors ─ ‘Some chief executives find the board a pain. The non-executive board are interfering busybodies who don’t know enough about the business…’; and the rise of the ‘psychopathic CFO’ ─ a CFO who is focused entirely on the numbers and numbers based evidence and whose view on any boardroom issue is defined largely or even exclusively on that basis.

How to resolve conflict and tension

While a good board is one with ‘managed’ tension, a dysfunctional board allows unresolved tension to fester and escalate into conflict situations. Various triggers exist, such as underperformance and the manner in which board members address one another. What is more, tension can transform into conflict quickly. The tipping point is almost always the result of a situation becoming emotionally charged.

Direct, interrogative and aggressive styles of questioning are often recognised as triggers for conflict. Similarly, concerns which are not listened to, or are not heard, often plant the seeds of future conflict. It is, therefore, important to deal with potential conflicts rapidly to avoid an irreparable breakdown of trust and loss of respect.

Disagreements should be openly discussed. Robust debate, open dialogue and tackling uncomfortable issues head-on explicitly benefit boards’ decision-making and actions. However, the research findings challenge the fundamental assumption that conflicts should always be aired, discussed and addressed in the boardroom.

In general, strategy and decision issues are more appropriately resolved inside the boardroom. Techniques for managing tension and minimising conflict include:

Conflict, on the other hand, is most effectively resolved in informal dyadic meetings outside the boardroom.

Ultimately the best decisions are reached when there is a transparent exchange of information, when concerns are fully aired and multiple, sometimes conflicting, perspectives are offered. Often boards need someone who can draw together all the disparate strengths of board members to facilitate effective teamwork.

Our research in 2014 – ‘The Company Secretary: Building trust through governance’  ̶  found that company secretaries act as a vital bridge between the executive management and the board and facilitate the delivery of organisational objectives. The research also disclosed that there is a similarity between the skills and attributes of the best company secretaries and those of a chairman, for example, humanity, humility, high intelligence, understanding of agendas, negotiation and resilience. It was no surprise, therefore, to find with this latest research that the chairman and company secretary are the two people best suited to help to resolve tension and conflict in the boardroom.

It is also the chairman’s job to ensure that everyone around the boardroom table has a voice, but the company secretary often plays an invaluable role here too. They listen and observe, signal tension to the chairman during meetings, and observe and assess the body language and expressions of board members. This includes signalling to the chairman when someone has not had the opportunity to speak but wants to, or highlighting when it might be a good time to take an issue offline and reconvene.

Company secretaries occupy a privileged position because they are the one person in the boardroom who truly works for the board as an honest broker and who consequently can and should be trusted by everyone. Active listening is a vital and under-appreciated skill in getting to the root of any problems and a key role of the company secretary is helping people to clearly articulate what their issue really is.

Similarly, the importance of depersonalising exchanges and taking the emotion out of the situation cannot be overstated. Company secretaries play a critical role in conflict resolution, helping individuals to get aligned behind the common purpose of the board, and providing a sense of perspective that the goals of the company are greater than the needs of any individual members. Dealing with personalities who have a very firm view that what they are doing is right is not always easy, but company secretaries have a duty to be firm and say ‘Not everyone is with you on this’.

A board is like an orchestra. Each individual member acts as a soloist, but also collectively works with others as an ensemble capable of making decisions in the best interests of the organisation. All board members bring their own expertise, roles, responsibilities, goals and agendas. They may even take pride in their own levels of independence and objectivity. Despite this, they must ultimately work as part of a wider team that is responsible for the organisation’s long-term interests.

For a board to move forward as one body in the best interests of the organisation, personal differences and opinions need to be managed effectively by the chairman and the company secretary. Boardrooms would be far less effective places without a degree of constructive tension. It is only by understanding and embracing this process, that the best possible decisions can be reached.

Copies of the ICSA Conflict and Tension in the Boardroom report can be downloaded at: www.icsa.org.uk/boardroomtension

A version of this article was first published in Risk and Compliance Magazine: https://riskandcompliancemagazine.com/

Professor Andrew Kakabadse will provide the opening address at the ICSA: The Governance Institute is the professional body for governance Board Dynamics Summit on Friday 23rd February 2018 at the Hallam Conference Centre in Marylebone, London. To find out more and book your place please visit: https://www.icsa.org.uk/boarddynamics