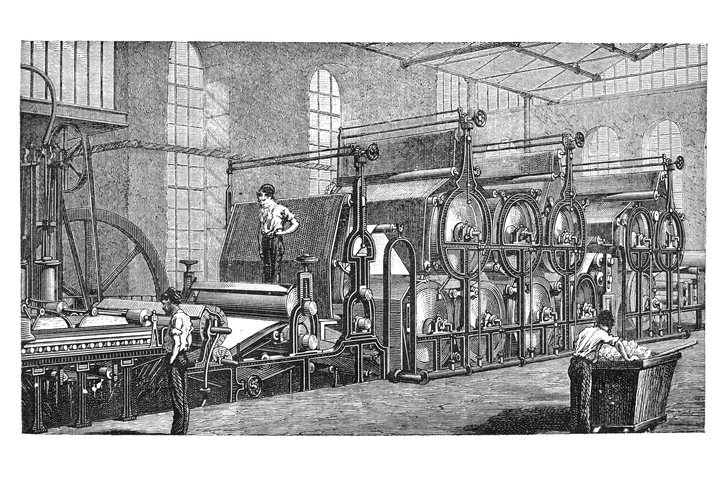 To say that the impacts of COVID-19 have been wide-ranging and profound is clearly an understatement.

Besides lockdown and the substantial restrictions placed on public movement, economies have been decimated across the world. The resulting and continually-expanding debt has left entire nations vulnerable.

Even with government support, unemployment levels have dramatically increased in the face of growing concerns over the prospects of mass redundancies as we head towards the winter months.

Added to this the continuing and variable mantra of ‘stay at home, or stay alert’ masks the pressure from government and public health authorities’ to remove legitimate studies which question why such drastic action was needed in the first place.

A number of medical statisticians have argued that lockdown is not warranted, but these investigations and the issues they raise have been all but removed from the public eye.

Alongside the push for digitalisation and centralisation of mass data, there are few if any places left for the voice of the individual citizen to be heard. Under the cloak of the pandemic the decarbonisation of the world is being pursued as a force for environmental good, but at the same time the existing energy, manufacturing, distribution and political ownership structures remain in place.

In short – so-called societal reform is promoting even greater control of global resources in ever fewer hands. The outcome of this will ultimately be no reform at all, unless we are prepared to consider the historical lessons of capitalism and what this can tell is about the path we are now embarking upon.

The rise of the merchant class

The foundation of capitalism began in Italy, not the United States which is often imagined to be the birthplace of our modern systems of finance and exchange.

At one time the responsibility of landowners to their communities was exercised in the form of ‘tithes’ – a tenth of one’s annual produce or earnings, taken as a tax for the support of the church and clergy. Then, over the 13th and 14th centuries, the merchant class emerged in Florence, Genoa, Milan and Venice.

The merchants’ appearance changed everything. Owing to their easy access to capital they began to extend credit to reduce transaction costs, resulting in one of the earliest forms of international finance - the bill of exchange.

This multi-party payment order, which provided credit without the need for face-to-face encounters, operated on the basis of established trust. Florentine books of accounts became routinely presented with double entries, displaying debt and credit and this accessible credit stimulated trade, leading rapid economic and demographic expansion.

The new class of merchants and bankers assumed responsibility for the cultural, art and educational needs of the city. Yet despite visible social and economic growth – for example literacy among male youths was benchmarked as being over 80% - a populist anger burst through this idyllic scene.

Lenders were accused of manipulating excessive returns by burdening the population with unmanageable debt. The 1378 wool carder riots in Florence continued for many weeks, with the successful merchant, patron and banker, Giovanni Rucellai, writing at the time: “By being rich I am making poorer those who I do not even know.”

Yet despite this, foreign trade continued to expand. A new class of international merchant capitalist, purchasing foreign goods cheaply and selling them on at huge profits to Europe’s aristocracy, entered the scene. This boom led to many European countries growing rich from taxes and increasing their share of trade by establishing colonial empires, with England being a particular case in point.

Inflation then began to undermine the feudal order as the gentry purchased new luxury goods at spiralling prices. The exercise of social responsibility by this international merchant class rapidly declined. Credit-based capitalism extended beyond the merchant class and penetrated English agriculture leading to large-scale farming.

In turn new capitalist farmers distributed produce through now-established trade routes that also offered channels to rudimentary manufacturing outputs, which led to the next phase of capitalism.

During the 18th century, a primitive form of manufacturing developed, which differed from cottage production.

The home as the workplace was overtaken by the factory, owned by capitalist investors, resulting in British manufacturers and the Industrial Revolution. In 1804 William Blake wrote of the “dark satanic mills,” encapsulating the damage inflicted by industrialisation on health and human society.

One of the first to dedicate significant attention to the social responsibilities of business was Robert Owen in 1810. His social experiments were undertaken at New Lanark Mill and New Harmony in Indiana.

Owen initially reduced the working day from thirteen hours to twelve, and then to ten. He refused to hire children less than ten years old, provided employees’ children with schooling, invested in worker training, paid higher-than-average wages and offered, for the time, relatively decent working conditions.

Owen was regarded a pioneer of integrating work with social care and argued that fair treatment of employees could result in a return equal to 50-100% of the investment made in a business.

The 19th century – a gilded age of corruption

19th century US financial capitalism is associated with a gilded age of corruption, monopoly, and rampant individualism.

In contrast to its socially-responsible British manufacturing cousins, the United States pursued a more unregulated approach to the development of its economy. The expansion of the railway network created both social and environmental gains and concerns.

While the railroads earned the public’s confidence through fair dealing there was reluctance to participate in social reform, based on opposition to the shouldering of any associated costs. A backlash to this occurred with the rise of the Progressive Era (1890–1918), which witnessed growing public dissatisfaction with industrial social neglect.

To counter these challenges private citizens and donors played, and continue to play, a significant role in the social sector. During the late 19th century American governments sought assistance from businesses to support social programmes.

In “The Gospel of Wealth” (1889), Andrew Carnegie argued that great wealth should be redistributed, not by giving small sums to the poor, but through financial philanthropy for the common good.

Carnegie believed that the poor would waste better wages on an “indulgences of the appetites” and that the man of wealth, as a mere agent and trustee for his poorer brethren, could bring to their service “his superior wisdom, experience and ability to administer, doing for them better than they would, or could, do for themselves.”

This approach provided a moral basis for the future development of corporate benevolence.

After World War II, the US become the business engine of the world, ruthlessly adapting the most effective practices to fit its own mould.

New corporations became manifestations of the ‘visible hand as managerial rationality sought to eliminate waste, increase productivity and bring conformist values to replace the moral behaviour of financial magnates such as Carnegie and Rockefeller.

Ironically, it was ‘stakeholder capitalism’ that drove the American economy after World War II. Henry Ford held that a company existed to produce something, and pay people a wage high enough so that they could then become customers. He argued that there was one rule for the industrialist, and that was “make the best quality of goods possible at the lowest cost possible, paying the highest wages possible.”

However, by the 1970s businesses moved into a phase of ‘Shareholder Capitalism.’ Productivity continued to rise while workers’ wages stayed flat. The increased revenues were directed to executives and shareholders, who became the focus of the CEO. Business was obsessed with profits and stock prices. This is why corporations buy back their stock, to drive up prices.

Fast forward to the present day and the marketing of goods and services to specifically-targeted groups of customers has become the dominant business practice and focus of capitalist investors. This has led to the rise of ‘surveillance capitalism,’ a term coined by Shoshana Zuboff in 2014 which addresses the commodification of personal data for the purpose of generating profits.

According to Zuboff, surveillance capitalism depends on “the global architecture of computer mediation, which produces a distributed and mostly uncontested new expression of power I christen The Big Other.”

Surveillance capitalism is a market-driven process where the commodity for sale is the digital users’ personal data. The creation and capture of this data relies on mass internet surveillance and the gathering activity is often carried out by companies providing users with free online services, including the search engines Google, YouTube, Bing and Amazon, and social media platforms such as Facebook, Twitter, LinkedIn and Instagram.

Zuboff argues that the human experience is seen by internet service providers as free raw material that can be translated into behavioural data. Collected data is used to make service improvements, as well as feed a proprietary behavioural surplus, directed towards advanced manufacturing processes known as ‘machine intelligence,’ and fabricated into prediction products that anticipate what the individual will do now, soon, and later.’

These prediction products are then traded in a new kind of marketplace that Zuboff calls ‘behavioural futures markets.’ Surveillance capitalists have grown immensely wealthy from these trading operations. For example, when Google went public in 2004 it revealed that between 2001 and its 2004 initial public offering, revenues increased by 3,590%.

Commerce now depends upon online surveillance at scale. This data extraction is continuous through the use of patented methods to extract or infer data, even when users have explicitly denied permission. This is followed by the use of technologies that are opaque by design and foster user ignorance.

As a result, privacy is becoming one of the rarest commodities and is affordable only by the very rich. We are on the slippery slope towards the life described in Yevgeny Zamyatin’s ‘We,’ Aldous Huxley’s ‘Brave New World,’ and George Orwell’s’ ‘1984.’

While technology and consumerist attitudes grease the wheels of the new digital economy, they weigh heavily on established structures of morality, respect for the individual and democratic values.

Within the framework of this surveillance capital, the pandemic has accelerated the centralised control of this data into fewer hands under the veneer of public health for the public good. If these developments remain unaddressed, the resulting inequalities in our society are eventually likely to translate into worrying and very real public disorder.

Is there a way forward?

In short, yes! Because of the concentration of ownership and -increasing central control of information, the governance of the state and enterprise have become too closely intertwined, resulting in ‘surveillance’ becoming the fifth phase of capitalism.

The following five steps suggest broad governance reforms that could begin to open ownership structures, making the use of data more transparent to ensure free and open markets come into existence. In a business sense this would help provide a sustainable future for us all.

This article first appeared in the ICSA’S Governance + Compliance magazine