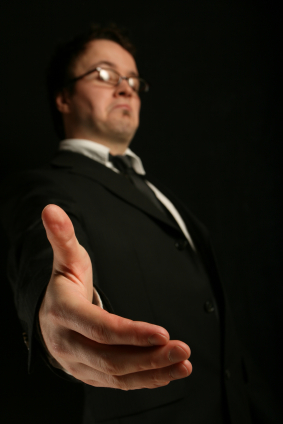 Some leaders are set up to fail. They face impossible tasks trying to lead corrupt, incompetent organisations that resist appropriate processes.

However, there is a difference between a failed and a destructive leader. While failure usually occurs through a lack of quality, destructive leaders can be gifted with charm and determination, but when something goes wrong their self-confident behaviour can rapidly spiral out of control.

Leadership is a great art. It can test people to the limits of their ability, endurance and stamina. There are cases of exceptionally brave, skilful and wise leaders. Often they are mavericks who have triumphed in unusual circumstances.

Yet we can learn lessons from those whose star rose high only to explode into destructive behaviour, damaging not only their own career but also the organisation they were trusted to lead.

Some leaders are quite simply not up to the job, and instead focus on their own self-importance. Lacking the necessary capability, they convince themselves that they are great leaders, but in reality they are deceiving themselves and those around them.

Our research indicates that the effectiveness of leaders depends on their relationships with others, as well as their ability to conceive a vision of the future, communicate it, and create the conditions to successfully realise that vision.

There are two key criteria that help reinforce destructive leadership:

Leaders are in a position of trust and organise resources, in effect, without supervision. They also tend to react more strongly to issues which are likely to have immediate effects, as opposed to those that will impact in the future.

Destructive results do not just come from leaders, but also their supporters. A leader’s degree of selfishness will affect their followers, whose responses constitute a form of feedback that either moderates or worsens destructive behaviour.

Blaming others for their problems is an approach some adopt when they lack the necessary ability to lead. They become suspicious and mistrustful of those who are bright enough to cope, and become progressively more paranoid.

As this paranoia spirals out of control their behaviour turns increasingly destructive as they become more argumentative, belligerent, hostile, secretive, stubborn and consumed by mistrust.

The four types of destructive leader behaviour are:

Capable leaders differ widely in their personalities, strengths, weaknesses, values and beliefs, but they all have one thing in common - they get the right things done.

Why do some leaders become either pathologically destructive or intensely inspirational? In large part it boils down to the choices they make, and the behaviours they adopt. The worst believe they are special, entitled to more positive outcomes in life than others, that they are more intelligent than they actually are, and better in their exertion of power and dominance than others.

Participants interviewed as part of our study noted that the destructive leaders they encountered showed no recognition of the moral consequences of their actions, or whether their acts were ethical or unethical. They were quite simply selfish and focused on their own needs.