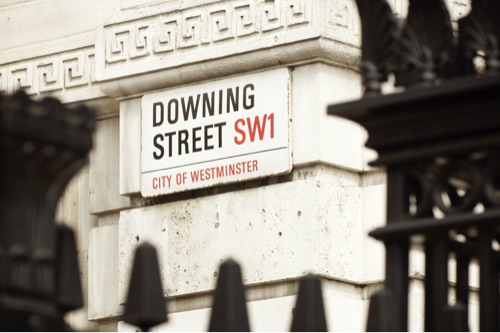 Posted by Andrew & Nada on 3rd February 2022
Is it normal to trust our leaders?

Is it normal to expect that we should, and can, trust our leaders in a modern era of ‘Fake News,’ politically-biased media, click-bait, lowering public attention spans, and a near endless litany of corporate malfeasance?

In short, are we being taken for fools by our leaders?

An increasing catalogue of surveys highlights that we most definitely cannot trust politicians, or business leaders, heads of state, charities, or even the church.

But how has this sorry state of affairs come about? Allow us to summarise the key failings as evidenced by the storm surrounding Prime Minister Boris Johnson and the impacts of ‘Partygate.’

Inconsistency
During Prime Minister’s Question Time, Boris Johnson seemingly committed himself to full disclosure of the Gray Report. Well, not quite. Few believe he will willingly and transparently share anything controversial which concerns him directly. It is now commonplace for him to make a statement that then directly contrasts with his actions. This has become the new normal. Most leaders speak and act with sincerity, but expediency is increasingly taking over as inconsistency becomes the natural response.

Bobbing, weaving and rolling with the punches
Our leaders are accustomed to ducking and diving uncomfortable and obvious truths as a way of handling challenges. But how far can public credulity be stretched? A multitude of modern interest groups have learnt that in order to make headway, leveraging political lobbying is the way forward. Think Brexit’s leave campaign on steroids. Grabbing headlines is the priority and leaders give paramount importance to continually engaging with and being visible to their primary audiences. As political interests grow and spread, so does the rate slipping and side-stepping the issues, all in the name of retaining stakeholder trust. In private, most leaders despair. They know that all of their efforts to maintain trust at best minimises the loss, and at worse loses it completely.

Making it personal
How best to capture the headlines? Make your comments personal and aim to achieve maximum damage. Dominic Cummings’ more direct attacks on Boris have resulted in the most attention. Even Sue Gray’s investigation into the alleged parties at No 10 during the height of the Covid crisis was recently caricatured as a tin of paint, ‘the grey that covers everything – Sue Gray.’ She has withstood this intolerance and time twill tell the degree to which she is trusted. Perhaps the most damaging personal attack of all has come from governments around the world in their portrayal of those who resist mandatory vaccination. Aside from being the most basic of human rights abuses, dictating to citizens what they should do with their body, and treating them as a scourge of society, generates deep and long-lasting resentment and betrayal. Whatever the undoubted benefits of vaccination, trust is irrevocably damaged when the issue is made personal.

Who can we trust?
Ever growing misalignments of interests are normal, as is leaders acting inconsistently. Ironically, strong and consistent avoidance of apparent truths ultimately gains widespread respect, because the perception of such behaviour is that the individual displays ‘strength.’ Today, the leader who is trusted most is the one who above all else focuses their entire body and spirit on realising that one fundamental goal. They are at all times undeterred and this is seen as being critical to the community’s future. For Boris Johnson, it is Brexit. This, he tells us all, is the mechanism that will ultimately generate the future wealth of the UK and a majority have bought into this promise. Despite all of scandals, once the latest furore dies down, it is likely that the media and other leading societal voices will convince us that Boris is the only leader possessing the strength needed to drive forward the UK’s grand ambitions. Whether this is ethical or not, it is the clearly-focussed leader who displays resilience and steadfastly avoids being side-tracked, who will be trusted to command. We inhabit a complex world, but still we hold on to the most basic of instincts. In this case this means clinging to the leader we believe will protect and provide for us. As long as this continues trust will remain in short supply.

This article was first published by Henley Business School.