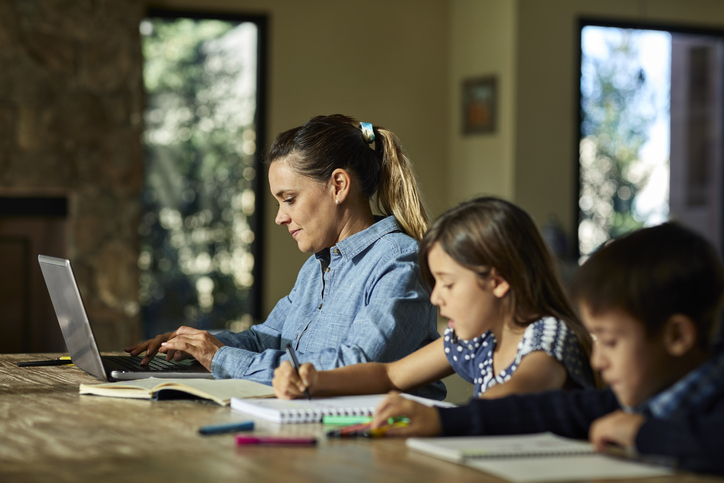 As the UK edges towards a relaxation of lockdown legislation what have we learnt about business, leadership and society, and where do we go next? The choices we make will be crucial for our future.

The economic consequences of Covid-19 have revealed a lack of competence and capability by many organisations, along with the British state’s struggle to efficiently reorganise the lives of the population.

In many ways the pandemic has proved to be an accelerator of trends that were already underway, and this has been particularly visible in the digital transition of our work and social lives.

While digital technology has been enthusiastically adopted by ‘gig’ platforms such as Lyft, Uber, Delivery and Amazon, all of which utilise algorithmic management, the pandemic has further shifted this into many otherwise non tech-driven workplaces. These have included Unilever, Deloitte, BP, Tesco and nearly every major corporate that relies on some kind of algorithmic management for recruitment and work performance management.

Some organisations have already adopted remote-working as a permanent feature of their post covid-19 strategies, as evidenced by a recent Gartner CFO Survey which reveals that 74% intend to shift some of their employees to home-working roles.

Business leaders have woken-up to the straightforward math that they can run their operations just as effectively by having employees work out-of-office while making huge savings on commercial real estate. Similarly, e-currency schemes like Bitcoin are on the verge of replacing physical currency.

In other words – our inevitable transformation into a digital society is on the verge of realisation.

Privacy has been in a long and losing battle with technological platforms. In April Covid-19 drove Singapore to launch the first smartphone app of its kind to identify and alert people who had interacted with carriers.

This algorithmic management is predominantly being used to monitor and assess the performance and behaviour of employees and contract staff. The process involves data collection from customers, or the use of automated tracking and monitoring software that gathers data on employee activity.

When workers perform set tasks from home, significant privacy and security concerns can arise. No algorithms should collect data on workers that might extend beyond their legitimate workplace activities and into the private sphere, such as their conversations with colleagues, personal lifestyle or other activities at home.

While there is value in transparency, there are also limits to consider if this workplace tech becomes pitted against individual workers’ privacy and their right to a personal life. This gap should be respected, but as more of us work from home in the future the question is ‘will it?’

Another new trend is geopolitical in nature as Asia adopts a global leadership mantle as American influence falters and declines. This has been particularly evident at a time when normal migratory patterns stagnate, global trade agreements are dismantled and oil prices all but collapse.

This reshaping of international trade indicates that a return to the ‘just-in-time’ global supply chain economy of the last 20 years is looking increasingly unlikely. At the same time environmental developments are leaving the question open as to whether this crisis is ecologically damaging or creating new solutions? Geopolitical tensions will pose the greatest threat to companies in the coming years because of the many challenges developing within the global supply chain.

Digital technology is changing the entire engagement process, which in turn is reducing local dependency on stakeholder interactions and enabling a much larger numbers of stakeholders to participate in shareholder meetings and annual conferences.

Of all the potential benefits to the environment during the pandemic perhaps the most visible is the considerable increase in sovereign debt, the state contract held with foreign creditors in the form of bonds or other currency notes.

The UK Government’s gross debt was £1,821.3 billion at the end of the March 2019 financial year, equivalent to 85.2 per cent of the country’s gross domestic product, and 25.2 percentage points above the reference value of 60 per cent set out in the ‘Protocol on the Excessive Deficit Procedure.’ This debt does not include key liabilities, such as state and public sector pensions.

At the moment UK national debt is growing at a rate of £5,170 per second. A state undertakes the loans behind this to fund various activities and, excluding domestic debt, it owes the allowance back to its citizens in the form of domestic bonds.

Although there are no international policing bodies that can directly act punitively for defaulting, there are implicitly understood procedures behind these exchanges that enable the market to continue functioning, such as being recognised as creditworthy by various financial institutions and agencies.

Throughout the Covid-19 crisis the UK has already extended state control to railways and much of the private medical sector. Some 25% of UK businesses have either temporarily shut down or paused trading, while those over 50 per cent of those remaining open have indicated a lower turnover than before the pandemic.

Around 185,000 businesses applied for £1.5bn of state aid to pay furloughed workers on the first day of the government’s job retention scheme, 66 per cent of firms furloughed their staff, and 31 per cent furloughed between 75 per cent and 100 per cent.

The UK economy shrank 20.4% in April, whilst gross domestic product shrank by 24.5% year on year, creating the largest monthly fall in output since comparable records began in 1997. Despite the government furlong scheme, more than 600,000 jobs were lost between March and May.

Higher taxation on the way

After the adoption of immediate rescue measures, including securing employment and bridging companies’ liquidity problems, governments now need to turn to the recovery and reconstruction phase.

This will result in higher levels of state borrowing and, in time, higher taxation. This is not an ideological issue. Governments across the political spectrum are rushing to extend the state, and the many temporary measures introduced are likely to be challenging to unwind.

In addition to the serious implications for people’s health, wellbeing and the impact on NHS and care services, Covid-19 has had a significant impact on individuals, their family life, businesses and the economy as a whole.

Denmark, for example, has shown an initiative in line with socialised capital. It provides state aid through to bail-outs for companies that act responsibly towards their stakeholders and the society in which they do business. This excludes companies registered in tax havens from accessing the funds.

US government aid still supports companies focused on shareholder, with some caveats. It demands only a suspension of share buybacks and cancellation of the $1 trillion-plus debt owed to China.

France has halted shareholder dividends and buybacks, investing heavily in the recovery of its tourist industry, and the UK has issued a halt on shareholder payments while providing a bail-out investment for start-up businesses.

When we get through this health crisis and the fear, uncertainty and economy disaster it has brought, we will have learned more than ever wanted to know about our state, leaders, the companies we work with and all of our critical relationships. Most importantly, we will have learnt about ourselves.

The aftershocks from Covid-19 call for a new way of doing things. We will need reconstruction that allows for a fundamental reshaping of industry, society and life as we know it. Particular attention needs to be paid to simultaneously balancing short-term responsiveness and cash flow with future recovery and sustainability.

Whether the government and firms seize the initiative and deliver on a structural economic and green transformation by adopting a stakeholder governance model, or regress by tightly clinging to an outdated shareholder-centric approach remains to be seen.

As the economy is rebuilt, governments and organisations will have the opportunity to build a better and more equitable society. They can genuinely make the world a better place by undertaking a rigorous selection of where investment programmes are focussed, targeting sectors with high potential for economic stimulation, job creation and ecological transformation.

Financial stimulus should be directed to quickly increase economic activity through job security and creation.

Such an approach could accelerate the transformation of our economy towards a healthier and more resilient future, characterised by zero pollution and facilitating the restoration of our world’s biodiversity and climate neutrality.

A version of this article first appeared in the August 2020 edition of Governance + Compliance magazine. 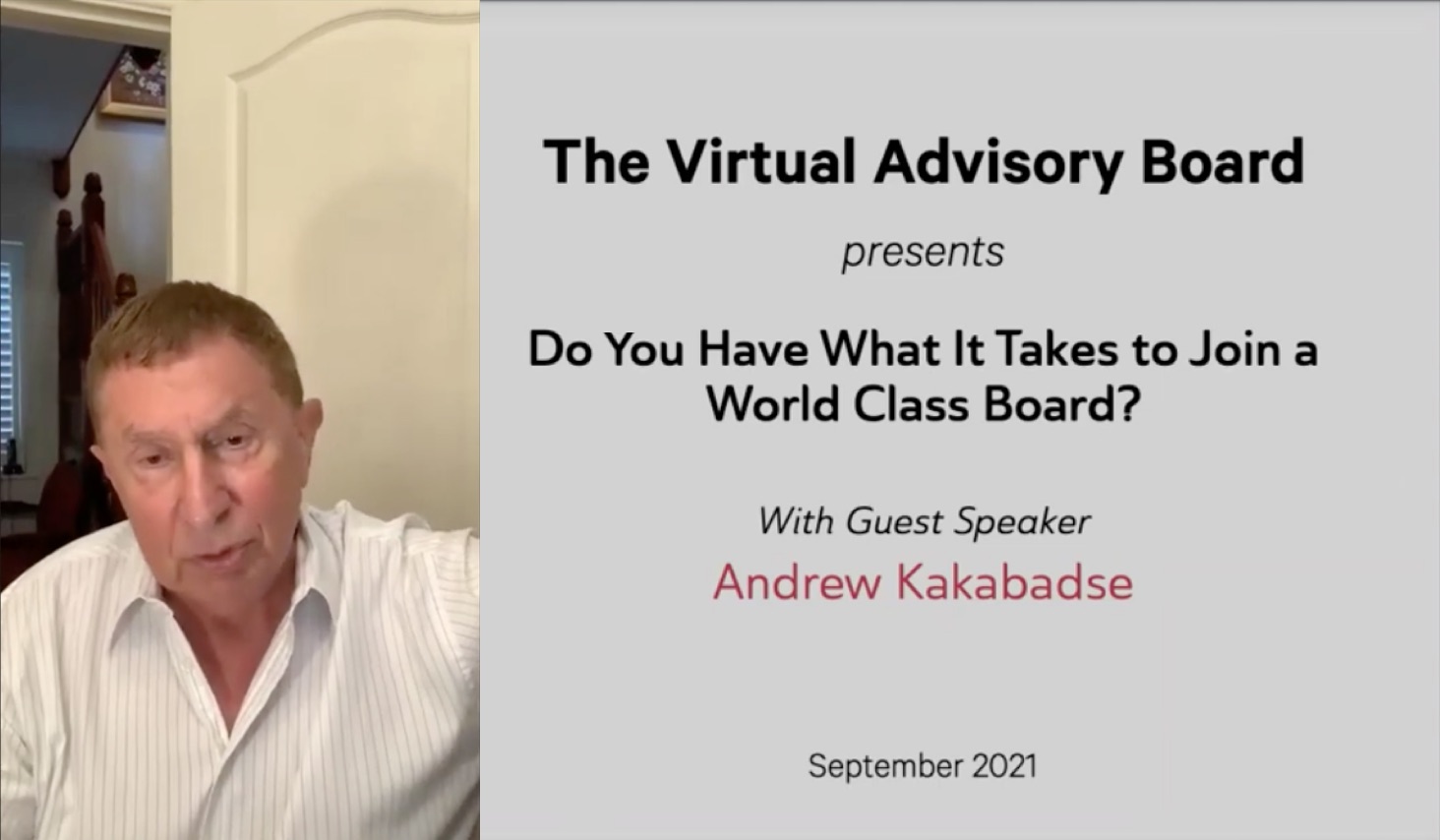 Do You Have What It Takes to Join a World Class Board?