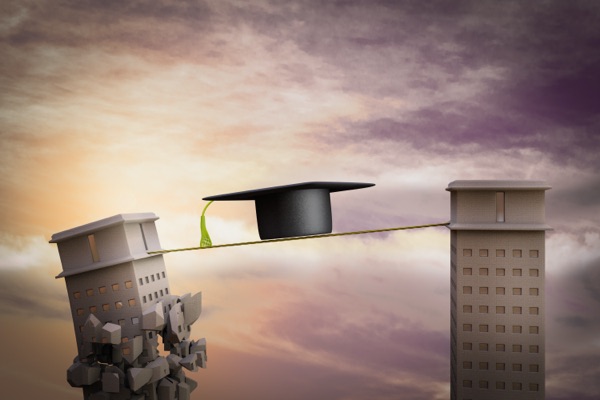 Predictions that some UK higher education (HE) institutions are facing imminent collapse are not entirely new, but what makes our latest ‘Universities Governance’ report stand out from the crowd is that many of the quotes supporting these claims come directly from university leaders themselves.

The report forms a small part of a two-year research programme conducted by a team of researchers at Henley Business School, who conducted in-depth interviews with 43 HE leaders, exploring board governance and focused on the independent director role.

We asked a key question of senior figures: ‘How can independence be gained, sustained, and lost?’

The responses informed our subsequent survey design, which was then tested to eliminate ambiguities and clarify questions. The final survey returned 135 completed responses from across a mix of leadership roles, university sizes and types.

Even before COVID-19 entered the public consciousness, UK universities were facing very real crises of governance, finance and strategic purpose and, in the words of the vice chancellors, chairs and university board members we interviewed, a set of unnerving conclusions emerge:

VCs feel in control, but they’re not
One attendee at a gathering of VCs compared universities with successful family-businesses, saying:
“How to challenge the founder of this most successful family business? He is brilliant but feared, and certainly clear about the way forward for the company. The board makes things look nice and, as far as others are concerned, everything is great. In reality the board is told what it needs to know, and as a result is toothless.”

Many VCs are highly vulnerable and institutions are similarly at risk. The Office of Vice-Chancellor has gained tremendous power in recent years while its counterbalance, the university council, is poorly-structured and outdated. Council members and VCs rate themselves highly, but they are often cumbersome and fail to devote adequate time to critical governance issues. Some VCs appear to enjoy this state of affairs, but most are left exposed and are either insufficiently challenged or inadequately supported by their council.

HE leaders believe 20% of UK universities face imminent collapse
The UK HE sector is experiencing a series of fundamental challenges that threaten to destroy its position as a global leader in research, innovation, and higher education. This has clearly been made worse by the global pandemic, but even at a local level many universities struggle to identify their unique purpose and the resources required to provide relevant qualifications that meet student and employer requirements.

Some HE leaders believe as many as 20% of UK universities will not survive in this new environment and some institutions are already failing, while others downsize staff numbers and reduce entry levels in a desperate attempt to increase student numbers.

The result is an overall lowering of quality, which the private sector is more than willing to address with their emergent and sophisticated expertise in online programmes.

University governors lack diversity and the tools to be effective
Constraints against independent, evidence-based action means university council members face an uphill struggle, which can only be resolved by major governance reform. One problem is that independent council members often don’t receive high-quality information. Instead they are given material that is too detailed or high-level to enable their effective scrutiny.

The VC effectively controls the agenda, resulting in an information chasm between the executive and independent Council members, who lack the time or patience to find out more about the institutions they oversee. Governance arrangements mostly avoid encouraging such proactive behaviour and, as a result, the role of chair of council urgently needs strengthening.

Not that the UK is unique in its governance gaps. Australia and New Zealand display a similar governance approach designed to attract the cream of their societies onto university councils and senates, but behind this facade is the ever-looming figure of the unbridled vice chancellor.

The VC of one prominent New Zealand university imposed 40 per cent revenue stream contribution targets on all programmes. The penalty for not achieving this goal was programme closure. At the same time the university initiated a push to dominate the top executive business education market. They did this through a high-level leadership programme attracting quality candidates from the private, government and third sectors across New Zealand and the Pacific Region.

The programme was rated as a great success, delivering a 30 per cent plus profit. However, despite a likely continued stream of donations and research funds from alumni on their appointment to top positions, the programme was closed. No counter argument concerning the medium to long-term benefits was made by the council. No challenge was issued through internal governance mechanisms. The opportunity for top level business education at this institution simply evaporated.

In a similar vein, the VC of a prominent Australian University used a building donated for one purpose for something entirely different. Again, no challenge was issued by the council or senate who, despite being fearful of the doner’s negative reaction and resulting reputational loss, held the VC in greater trepidation. Such examples abound due to the comparable governance arrangements these countries have with UK.

The US however, provides a significantly contrasting picture. While COVID-19 has hit Americans just as hard as any other part of the world, when it comes to finance, faculty conduct, student rights, and in particular reputational loss, a more stringent governance process is in place. Scandals do occur but more readily become public and offenders are summarily dealt with.

This is all in sharp contrast to the UK, Australian and New Zealand experience, where concerns continuously reappear due to an unwillingness to challenge the prominence of the VC. It’s true that US university presidents display a similarly dominant presence, but the difference is the proactive nature of US public education and governance regulators.

The UK’s HE social development and economic advantages at risk
Despite the tough challenges faced by universities, there is an extraordinary level of complacency and a lack of engagement on the part of many independent directors sitting on their councils.

Council members spend little time in the role, with an average attendance of only 16 days each year, most of which is devoted to preparation for, and attending council or committee meetings.

Universities can be very large organisations and feature levels of complexity not found in many other enterprises. It is hard to penetrate and understand what’s going on, or fully appreciate what matters most to the university with so little time devoted to the council governor role.

We found 42% of council members never visit faculties; they meet staff and students only six times or less a year, and most meetings last no longer than three hours. Additionally, 82% of council members spend 20 days or less each year attending to their duties, and 30% have no other independent director function - meaning they lack experience in the post.

Too many council members are failing to engage with their organisations and this is bound to effect board performance.

Reforming university governance
The Committee of University Chairs Code of Governance says that “the governing body is unambiguously and collectively accountable for institutional activities, taking all final decisions on matters of fundamental concern within its remit.”

This is a bold aspiration. Unfortunately our study finds that in reality councils do not possess the necessary ingredients to act as high performing bodies. They are large and unwieldy, devote insufficient time to debate and scrutiny, and are fundamentally dependent on the executive for information. Moreover, council members emerge as lacking in gravitas and this has an impact on them being meaningfully heard.

Where should struggling universities turn to for support? A sector regulator, as has been seen tackling improvements to the NHS, could monitor appropriate dynamics and identify problem institutions before they reach irretrievable failure, helping them fix governance and management in good time. The Office for Students could be the right vehicle to expand its existing remit and support universities requiring special measures. The alternative is to allow failing universities to collapse as in any other free and competitive market. 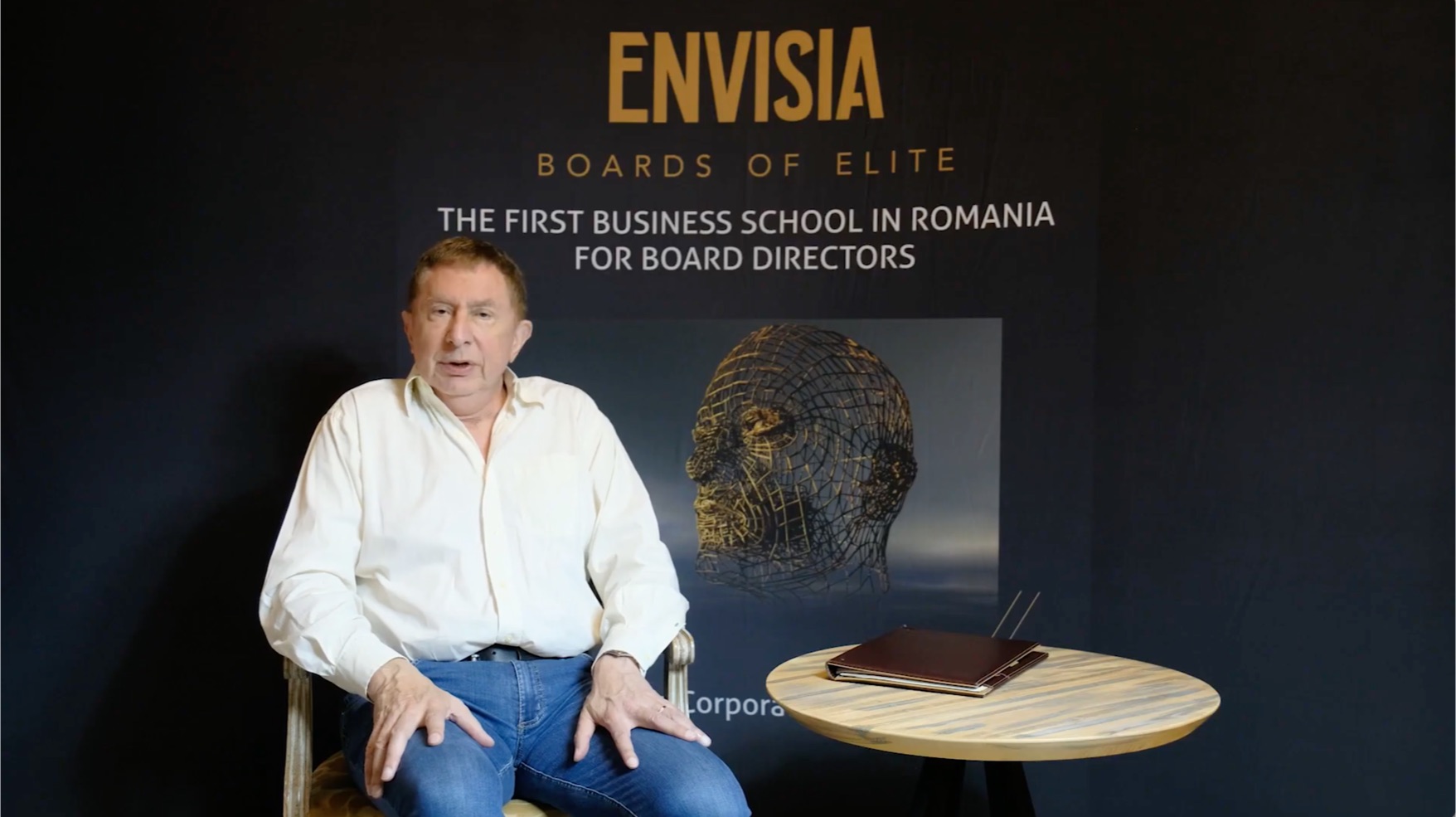 Launching of the first ‘Postgraduate Board Practice and Directorship Programme’ in Romania.